The Best Jazz Club in NYC 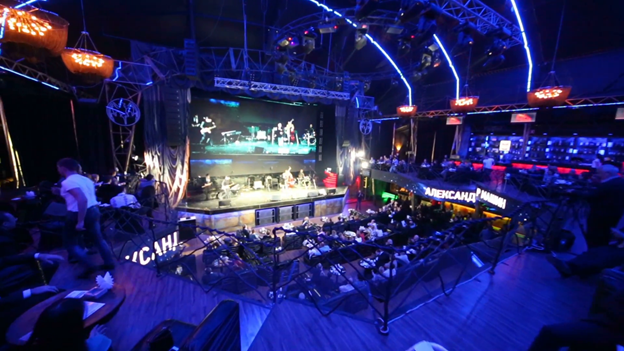 Although jazz has gone global, New York City (NYC) has these bragging rights as the jazz in the capital of the world. It had also been called the Jazz Mecca. Every major jazz style in the past has been made in NYC. One of the talked out jazz shows in NYC is held in Birdland.

Inspired by the Charlie Parker who is an alto saxophone genius is the headliner when the club is located in Broadway during 1930s and 40s. Birdland then became one of the prominent jazz shows in NYC. The club even attracted some celebrities like Marilyn Monroe, Joe Louis, Gary Cooper, Ava Gardner, and Marlene Dietrich. But when favorite music comes to life like the Rock & Roll, the decline of Birdland’s fortunes happened.

Today, the banner of Birdland has been reborn and The New York Times called it “close to perfection for serious fans and musicians.” It now opens in a world class setting, elbow room, good sight lines and acoustics, and features American cuisine with Cajun flair. Since it began, the area of midtown Manhattan had witnessed some of the best jazz musicians such as Pat Metheny, Oscar Peterson, Hank Jones, and so on.

New Yorkers support live entertainment, not only to jazz but that of theatre, dance, symphonies, and chamber music. Tourist also became vital to the scene, seek to watch a Broadway show or a jazz set. In times of virtual entertainment, Manhattan sticks to its commitment in supporting artistry on the live stage.

John R. Valenti is the new owner of Birdland who’s very keen to remain true to the club’s vibrant history. Almost every night of the week, visitors can see incredible jazz artists. The club became one of the most famous jazz clubs in the area, with a full line of artists that will surely please all fans.

Birdland is also home to some of the popular musical events such as the Annual Django Reinhardt NY Festival and Umbria Jazz Festival in NYC. The Birdland became an essential part of New York Jazz history.

Even if we are a long way from the 20th-century jazz’s, in New York City, you can still find plenty of places to watch blues, jazz, and R&B shows and gigs that aren’t that expensive and most likely riddled with Scandinavian tourist. In New York City, jazz is hardly dead but thriving.

According to the New York Scene, New York City revealed as a multifaceted hotbed of jazz from its early days in the 1910s to the birth of bop in the 1940s and was able to present the city as a developer and gatherer of amazing diversity and musical talent.

Birdland is one of New York’s best jazz clubs. It features award-winning artists from across the globe. Both locals and tourists alike often come to enjoy fantastic acoustics and plenty of spaces. The club does feature not only known jazz artists but also welcomes those emerging artists who wanted to step up their game and perform in front of audiences.